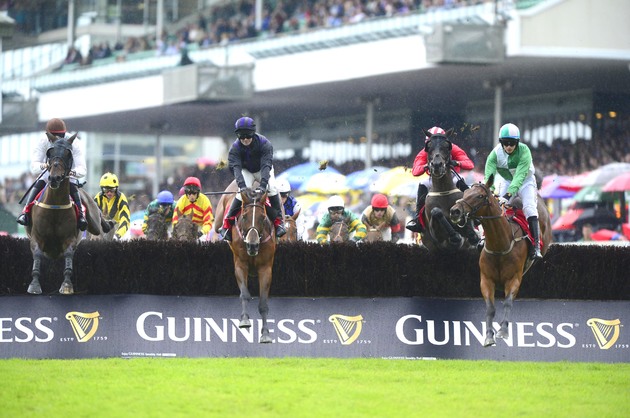 Monday 25 July 2011, Guinness Galway Hurdle favourite The Real Article will be allowed to take his chance in Thursday’s feature race after the Turf Club cancelled an inquiry into the running and riding of the Edward O’Grady-trained gelding at Tipperary on 17 July.

The six-year-old finished second behind Captain Cee Bee in the Grade 3 Grimes Hurdle under a tender ride from Paddy Mangan. The short-head defeat meant The Real Article, who is due to go up 18lbs, avoided a mandatory penalty for his Galway Festival target and punters have promoted the son of Definite Article to favouritism for the race on the back of that eye-catching run. The Tipperary stewards decided against imposing any sanctions on connections, but Turf Club chief executive Denis Egan made a personal request for the body’s referral committee to review the race. The cancellation of Monday’s inquiry was attributed to a technicality highlighted by O’Grady’s solicitors in a submission.

The Turf Club issued a statement in the wake of the cancellation, which read:

“The committee considered legal submissions from Patrick Wardand Conal Boyce in relation to whether or not the matter could be dealt with by the committee under Rule 27.

“In his submission, Conal Boyce said that the stewards’ findings didn’t find that there was no breach of rule and, as such, the matter could be dealt with by the committee.

“Having considered the submissions, the committee concluded that a referral under Rule 27 must relate to the imposition or non-imposition of a sanction for a rule breach, rather than a review of the decision of the stewards on the actual merits of a case.

“As there was no finding by the stewards of any rule breach, they accepted the submissions made by Patrick Wardand concluded that the committee had no power to deal with the application.”