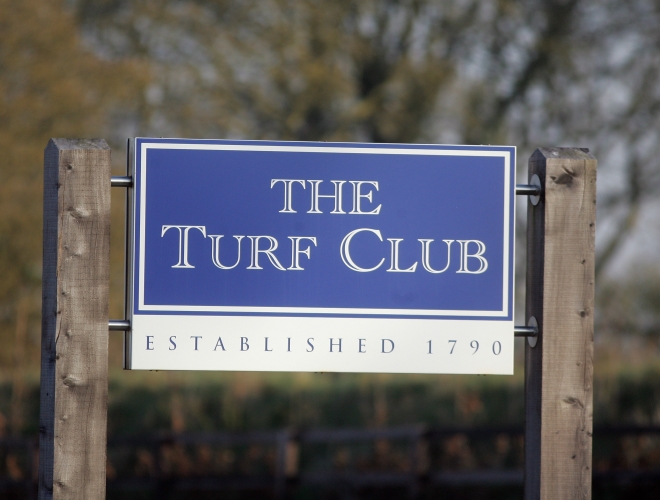 The Appeals Body, Judge Tony Hunt (in the Chair), Martin O’Donnell and John Powell met at the Turf Club, the Curragh, Co. Kildare on Monday, 27th August 2012, to consider the appeal of Joseph Daniels and Barry T. Murphy, owner and trainer respectively of Hepahepa Naeney, against the decision of the Stewards at Downpatrick on 12th August 2012, not to reverse the placings of the first and second horses, despite the fact that they found the winner Celtic Cailin had interfered with the runner up Hepahepa Naeney.

The grounds of appeal lodged was that “the result of the Stewards enquiry was unfair on the second placed horse Hepahepa Naeney, who was interfered with twice by the winner, whose jockey made no effort to keep his mount off Hepahepa Naeney who was only beaten by a head.” Evidence was heard from Bryan Cooper, rider Hepahepa Naeney, Andrew Leigh, rider Celtic Cailin and Mrs. Jessica Harrington, trainer Celtic Cailin. In his evidence, Bryan Cooper said Hepahepa Naeney was checked twice between the last hurdle and the finishing line. He said that the first act of interference was caused by Cool Annie, which finished third, but that the second act of interference was caused by the winner Celtic Cailin about 100 yards from the finishing line. He said he was making his run to win the race at this point when Celtic Cailin came across the track in on top of his mount with the result that he brushed off the rails. During the interference Hepahepa Naeney threw her head up in the air and he originally told the Stewards at Downpatrick that he attributed this to his mount brushing against the rails. However having reviewed the video he said it now appeared that her actions were as a result of being struck on the face by Andrew Leigh’s whip. At this point he said his horse went from being a neck down to a half a length down, and by the finishing line she had reduced the deficit to a head. He said the interference cost him a lot of momentum and that he was certain he would have won the race had the interference not occurred. He also said that his horse changed her legs after the collision with the rails. In response to a number of questions from both Conal Boyce and Andrew Coonan, Bryan Cooper said that his instructions were not to hit the horse and to hold on to her as long as he could. In his evidence, Andrew Leigh accepted that he caused interference, but in his view Celtic Cailin was always going to win. He said he wasn’t aware that Hepahepa Naeney was on his inside until he collided with that horse. He said he accepted he was guilty of careless riding but he did not accept that his whip hit Hepahepa Naeney on the head. In her evidence, Mrs. Jessica Harrington described her filly as a genuine tough filly who tries hard. She said that she is a battler and will always respond if another horse comes to her. She said she fully agreed with the jockey that Celtic Cailin was always going to win.

The Appeals Body also reviewed film of the race. Having considered the evidence, the Appeals Body noted that there was new evidence before them today which was not before the Stewards at Downpatrick, namely that Andrew Leigh’s stick appeared to strike Hepahepa Naeney on the head at the point that the collision took place. On the balance of probability, they found that it was likely Hepahepa Naeney had been struck on the head. Taking into account the nature and duration of the interference and the distance between the two horses at the end, the Appeals Body found that the interference was substantially likely to have affected the result. They therefore reversed the placings of Celtic Cailin and Hepahepa Naeney and ordered that the result be amended to read as follows:- First: Hepahepa Naeney Second: Celtic Cailin Third: Cool Annie Fourth: Chilledbelowzero The case was presented by Conal Boyce, Wilkinson & Price Solicitors, Naas, Co. Kildare. The MJK Syndicate, owners of Celtic Cailin, were represented by Andrew Coonan, Coonan Cawley Solicitors, Naas, Co. Kildare. Joseph Daniels and Barry T. Murphy were represented by Patrick Ward& Company Solicitors, Ormond Quay, Dublin 7.