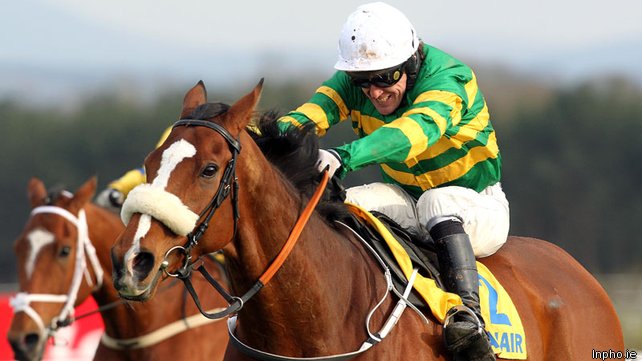 Application by Denis Egan, Keeper of the Matchbook under the provisions of Rule 27 July 2011.

The Referrals Committee Neville O’Byrne (in the Chair), Hugh M. Ferguson and T.L. Crawford met at the Turf Club, The Curragh, Co. Kildare on 25th July 2011 to consider an application from Denis Egan, Keeper of the Matchbook under the provisions of Rule 27 to review the failure of the Stewards at Tipperary on 17th July 2011 to impose any sanction following the running of the Kevin McManus Bookmaker Grimes Hurdle.

The Committee considered legal submissions from Patrick Wardand Conal Boyce in relation to whether or not the matter could be dealt with by the Committee under Rule 27. In his submission Patrick Wardsaid that the Steward’s decision could not be reviewed under Rule 27 as there was no finding of guilt by the Stewards at Tipperary. He submitted that a failure to impose a sanction only arose from a finding of guilt.

In his submission Conal Boyce said that the Stewards findings didn’t find that there was no breach of rule and as such the matter could be dealt with by the Committee. Having considered the submissions the Committee concluded that a referral under Rule 27 must relate to the imposition or non-imposition of a sanction for a rule breach rather than a review of the decision of the Stewards on the actual merits of a case. As there was no finding by the Stewards of any rule breach, they accepted the submissions made by Patrick Wardand concluded that the Committee had no power to deal with the application. The case was presented by Conal Boyce, Wilkinson & Price Solicitors, Naas, Co. Kildare. E.J. O’Grady and P.F. Mangan were represented by Frank Ward, Patrick Ward& Co. Solicitors, Ormond Quay, Dublin 7.